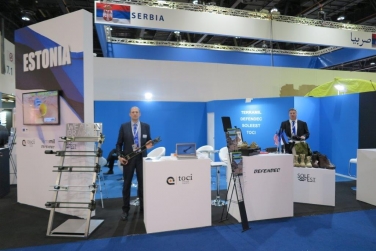 Toci participated at the trade fair IDEX 2015 held in Abu Dhabi in February. At the fair, we presented our weapon bracket, as well as introduced the new lockable weapon bracket version. In addition to military vehicle manufacturers and security companies, our weapon brackets are already valued in armed forces of many states. By today, these are in use in the Armed Forces of Norway, Sweden, Estonia and Luxembourg, and the product has received a high evaluation from the French Ministry of Defence that called Toci's weapon bracket in the newly published article concerning the war industry fair IDEX 2015 an ingenious solution: http://www.defense.gouv.fr/ema/sitta/a-la-une/idex-2015/article-idex-2015